Identifying The Type Of Algae In Your Lake Or Pond 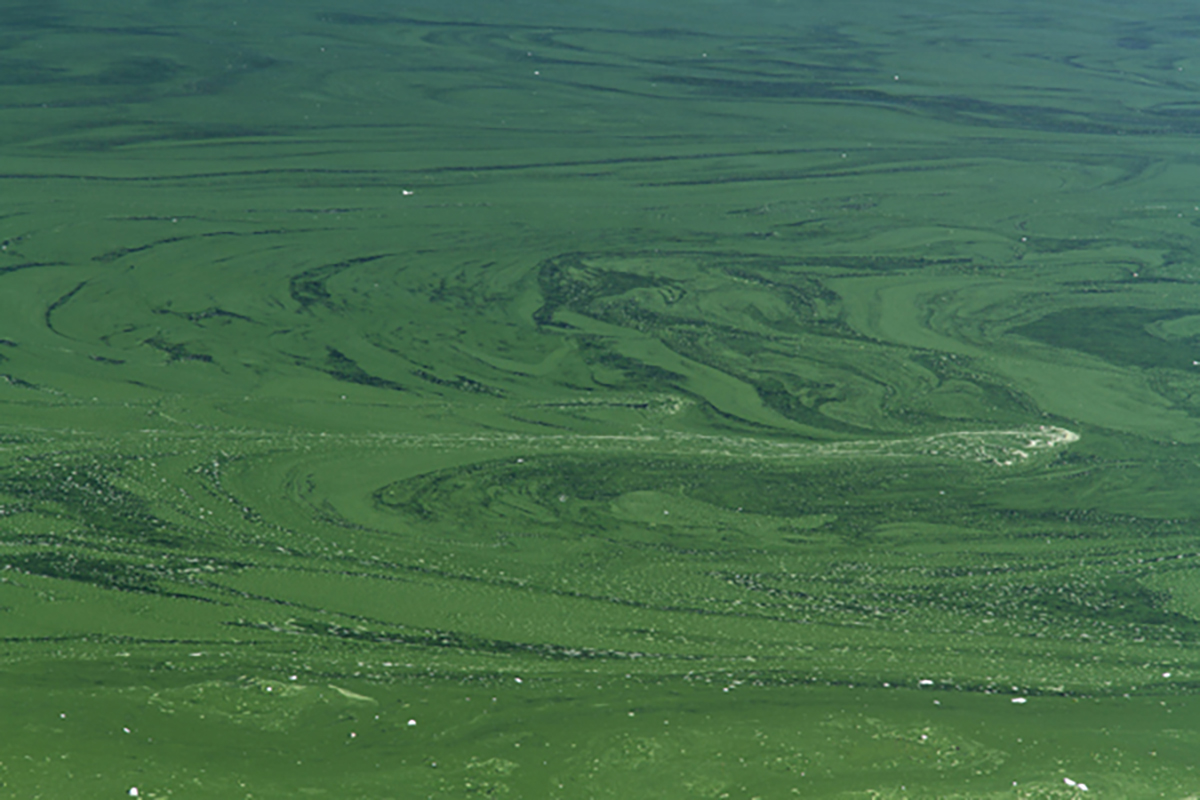 Blue green algae, also know as Cyanobacteria, is a phylum of bacteria that obtains its energy through photosynthetic prokaryotes that are able to produce oxygen.

Blue green algae can be unicellular, filamentous or colonial and can rise to the top of your lake and pond forming a layer of scum. It gets its name from causing a blue, green, brown or reddish purple coloration of the water.

Because blue green algae produces cyanotoxins, it poses a serious threat to fish, livestock, pets and humans. Earlier this year (2019), the Illinois Environmental Protection Agency and Department of Public Health had to issue a warning of the risk involved from contact with blue green algae in Lake Erie. 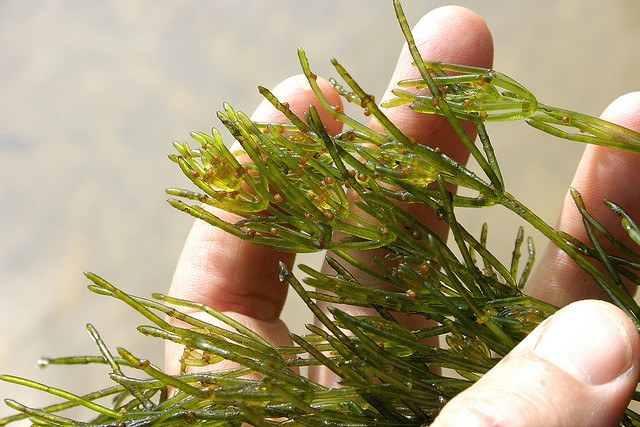 Muskgrass, also know as Chara, is a genus of charophyte green algae in the family Characeae and produces a foul, musty, garlic like odor.

Muskgrass can be identified by its superficial resemblance to land plants because of its stem-like and leaf-like structure. Because Muskgrass is typically found in limestone areas throughout the norther temperature zone, it is rough to the touch from deposited calcium salts on the cell wall.

Muskgrass can benefit water quality and clarity and is a good stabilizer that is considered valuable for fish habitat. However, Muskgrass can grow quickly and take over small pond or lakefront areas if left untreated.

Learn how to control Muskgrass (Chara)… 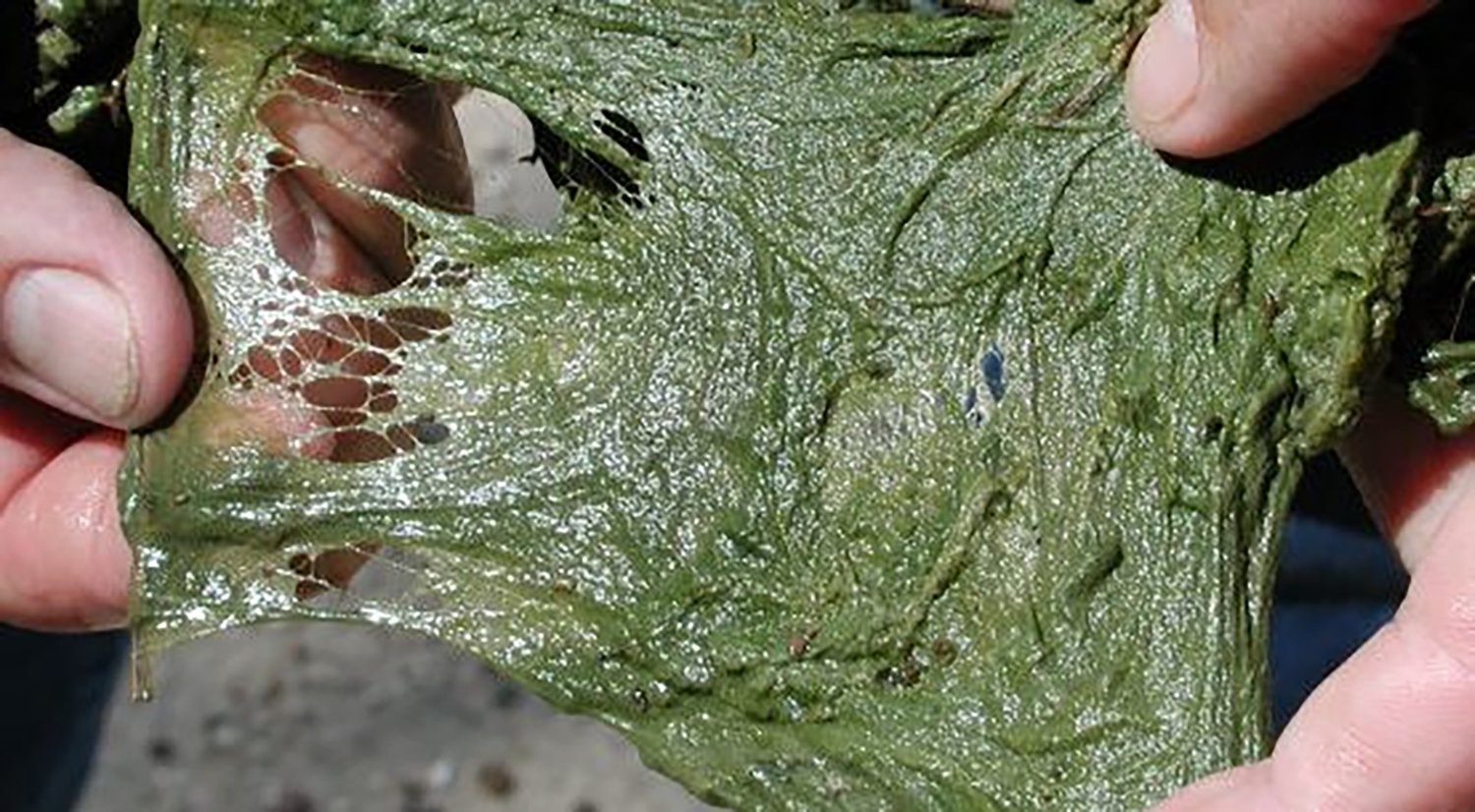 Filamentous algae are colonies of microscopic plants that link together to form long visible chains, threads, or filaments. The intertwining of Filamentous form a mat that resembles wet wool.

Filamentous begins growing underneath the waters surface and usually floats to the top by mid-summer and traps gases underneath them.

Like most algae, Filamentous provides food sources for protozoans, insects and fish. However, Filamentous can easily take over any lake or pond and cause fish kills in the late summer and fall by consuming oxygen.

Learn how to control Filamentous… 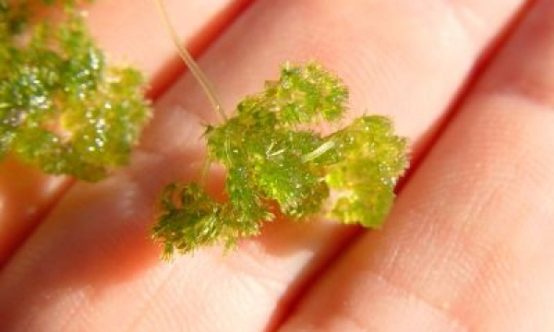 Nitella, also known as Soneworts, is a genus of charophyte green algae that is common in slow flowing streams and lakes with moderate to good water quality.

Nitella is identified by its stems that are comprised of chains of single tube shaped cells. Nitella also has slender branches of cells arranged in whorls along the main stem.

Generally speaking, Nitella is valuable to the lake and pond environment because it provides food for fish and wildlife. However, Nitella can grow abundantly under the right conditions creating a nuisance for lakefront property owners who want to enjoy swimming and other activities in their lake.

Learn how to control Nitella… 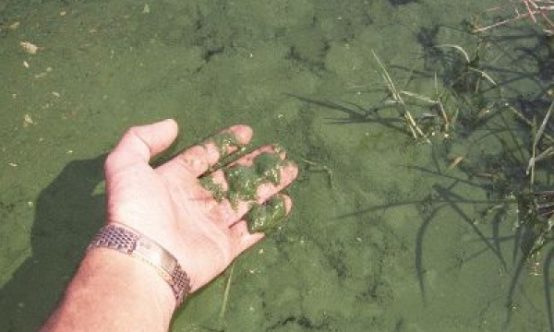 Planktonic algae are microscopic plants that float in the water and are the base of the food chain in every lake and pond.

Planktonic algae is identified by causing the water to look green, brown or reddish and is sometimes confused with muddy water. Blooms can occur rapidly turning a clear lake or pond into a greenish color within a day or two.

Since Planktonic algae is the base of the food chain it is important that it is not eradicated completely. However, excessive growth can lead to fish kills in the late summer and fall when large numbers of Planktonic algae dies due to colder temperatures.

Learn how to control Planktonic Algae…